An online version of our classic Awards Ceremony. 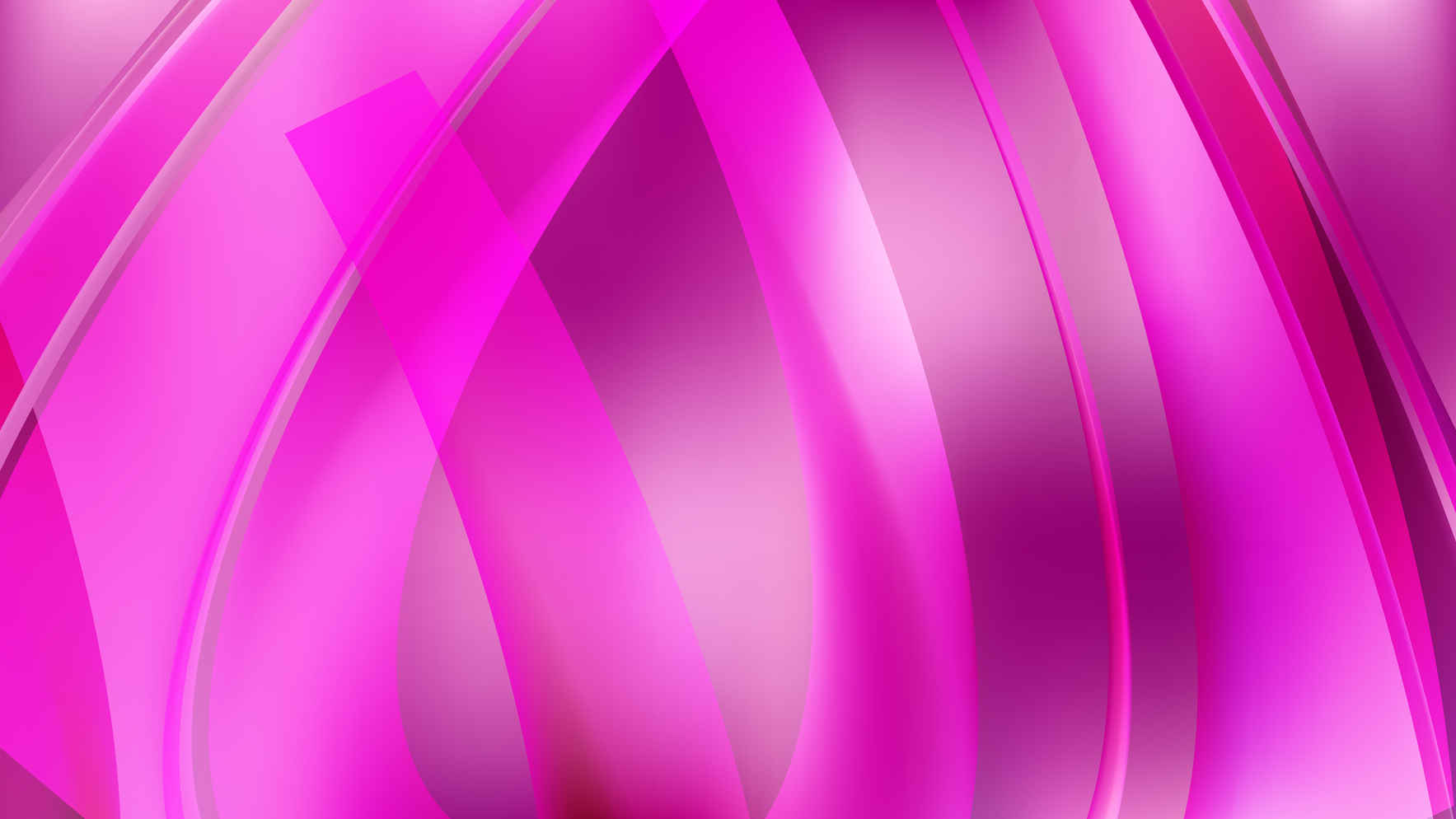 Starting in One Hour! You can still make a donation to join us! During these dynamic and unprecedented times, please join NewGround in honoring and engaging in a lively discussion between Ezra Klein and Hasan Minhaj

There are currently no tickets available for this event, but you can still make a donation. 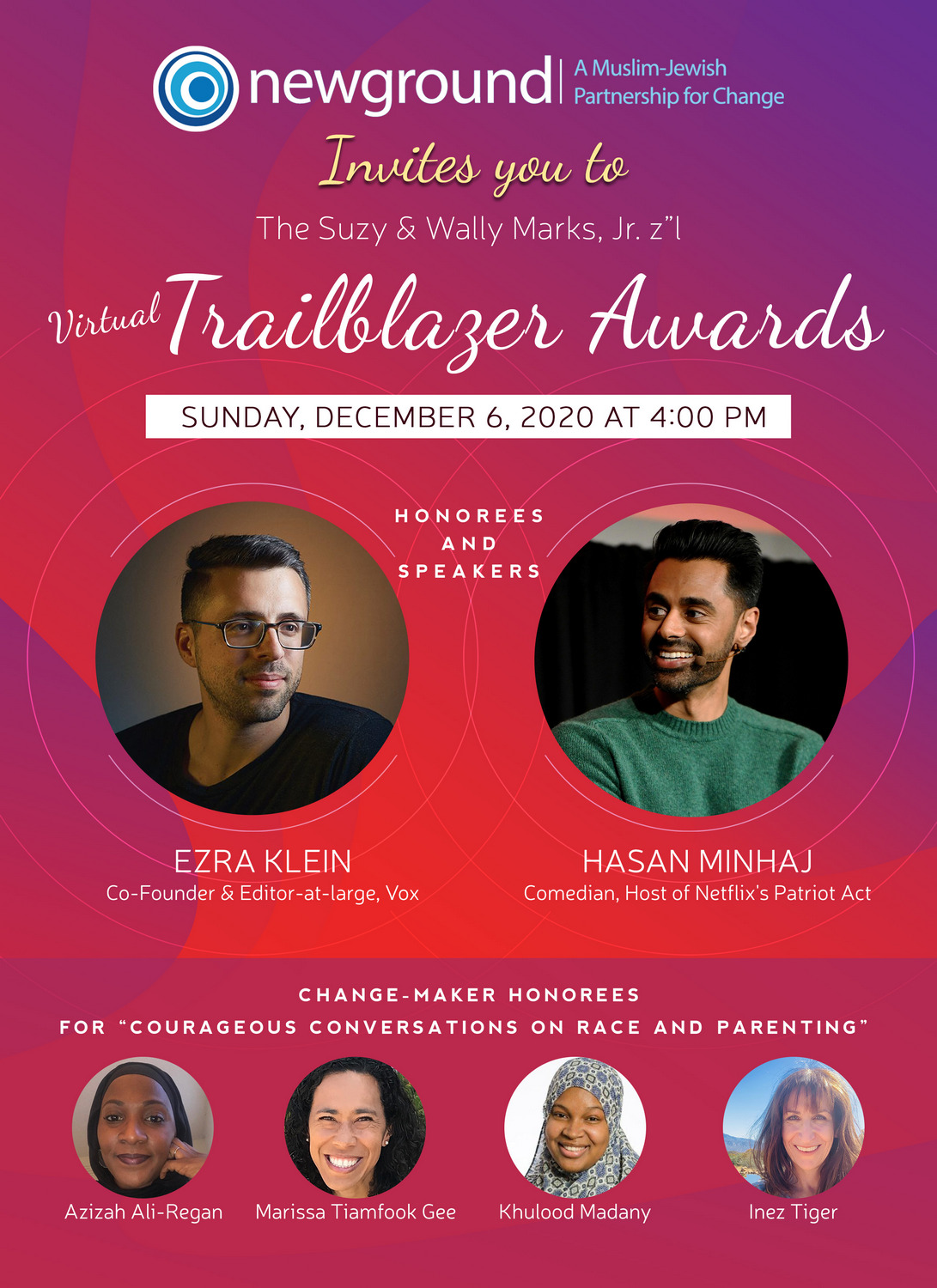 NewGround named the award after Suzy and her late husband Wally Marks Jr. z”l, who have long been one step ahead of the trends to usher us all toward a more harmonious society. Back in 2006, when Muslim-Jewish relations were at their most toxic levels, Suzy and Wally had the foresight to seed fund NewGround to equip Change-makers with the skills, resources, and relationships needed to strengthen Muslim-Jewish relations.

This year, as you may have expected, our Trailblazer Awards will be a bit different. Instead of hosting an in-person ceremony, we will meet virtually, to honor this year's Trailblazers: Ezra Klein and Hasan Minhaj. We will get to listen in on a NewGround-style conversation between Ezra and Hasan, facilitated by our own thought leader, Edina Lekovic. Their conversation in the wake of the 2020 elections promises to offer lively and insightful reflections on how Muslims, Jews, and Americans can continue to build community in the current polarized environment.

We will also honor a Change-maker project produced during July in the midst of quarantine and protests for racial justice. Four women from the NewGround community convened for "Courageous Conversations about Race and Parenting." They spoke deeply to all of our hearts, and we are grateful for the wisdom they so generously shared.

We invite all to RSVP, and hope you’ll consider sponsoring this year's Trailblazer as a way of ensuring that NewGround can continue strengthening the social fabric of Los Angeles when our society needs it the most. In these challenging times, it is your support that will sustain our community-building in the year to come.

To pay by check, please make checks payable to "Community Partners/NewGround," and write "Trailblazer" on the memo line. Mail checks to:

NewGround: A Muslim-Jewish Partnership for Change, fiscally sponsored by Community Partners, is a 501(c)(3) nonprofit organization. Your contribution is tax-deductible to the extent allowed by law. Federal Tax ID #: 95-4302067

Ezra Klein is the editor-at-large and founder of Vox. Before that, he was columnist and editor at the Washington Post, a policy analyst at MSNBC, and a contributor to Bloomberg. He’s written for the New Yorker and the New York Review of Books, and appeared on Face the Nation, Real Time with Bill Maher, The McLaughlin Report, The Daily Show, and many more. In his book, Why We’re Polarized, Klein reveals the structural and psychological forces behind America’s descent into division and dysfunction. Neither a polemic nor a lament, Klein offers a clear framework for understanding everything from Trump’s rise to the Democratic Party’s leftward shift to the politicization of everyday culture.

Hasan Minhaj is a comedian and host of Netflix's Patriot Act with Hasan Minhaj. After working as a stand-up comic and appearing in minor television roles, he came to prominence for his work on The Daily Show as its senior correspondent from 2014 to 2018. Minhaj was the featured speaker at the 2017 White House Correspondents’ Dinner. His first stand-up comedy special, Homecoming King, debuted on Netflix on May 23, 2017 received positive reviews from critics, and earned him his first Peabody Award in 2018. Minhaj left The Daily Show in August 2018 to host the weekly comedy show, Patriot Act with Hasan Minhaj, which debuted on Netflix on October 28, 2018. In April 2019, he won his second Peabody Award for Patriot Act, and he was listed among TIME's 100 most influential people in the world.

Change-Maker Honorees: Azizah Ali-Regan, Marissa Tiamfook Gee, Khulood Madany, and Inez Tiger shared their experiences with racial bias and offered insights about how to help our children navigate race in a different way. They addressed anti-black racism in both the Jewish and Muslim communities, beginning a crucial conversation we will carry into this year.

You can support us by making a donation!